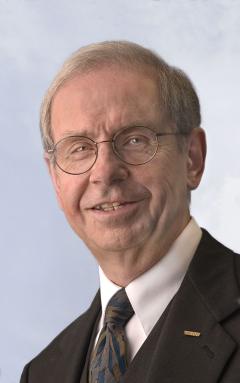 Dr. Rolf Wegenke, President/CEO of WAICU, has announced that he plans to retire in the summer of 2022.

Wegenke stated, “I have been blessed to have had the opportunity to lead in the context of two of the most important issues of our times: economic development and education. A lot has happened in my more than 30 years as President of WAICU. WAICU’s mission is ‘Working together for educational opportunity,’ and Wisconsin Grants totaling $844,179,815 have gone to 478,066 Wisconsin college students during my tenure.”

Nationally, WAICU has been known for its creative collaborative services—called “transformative” in the Congressional report, the College Cost Crisis. The 45+ cost-saving programs now in place have saved over $230 million for WAICU-members and made WAICU a model for controlling college costs.

Wegenke, having served under 88 WAICU-member presidents, credits his success to two factors: The presidents of the 23 private, nonprofit colleges who serve as WAICU’s Board of Directors “have been entrepreneurial risk takers and supported me over the years. I have also been the beneficiary of a dedicated and hardworking staff.”

A national search firm will be conducting the recruitment process. The formal search will begin in early 2022, and the transition will be in July/August 2022.

Tom Still, President of the Wisconsin Technology Council said in a statement: “Rolf Wegenke should … be remembered as a dedicated public servant from before his tenure with WAICU began, working in key economic development roles during the administrations of five Wisconsin governors, both Democrat and Republican. That experience helped Wegenke envision what Wisconsin’s economy should become over time.”

A president on the WAICU Board emphasized how much respect the Board has for Wegenke’s leadership and integrity, and that the respect in which Wegenke is held all across the country benefits all of us. He said Wegenke is “irreplaceable in many ways” and expressed “gratitude and support” for Wegenke’s leadership especially during challenging times.