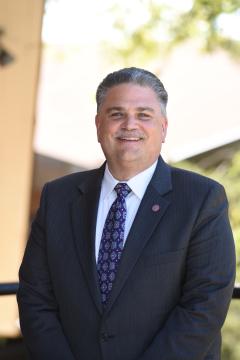 “It’s an honor to serve as WAICU’s next president,” said Fulcomer. “I am excited about positively impacting the lives of the more than 52,000 students attending WAICU institutions.” Fulcomer became president and CEO of the Wisconsin Association of Independent Colleges and Universities in December 2022.

WAICU-member campuses produce employees in critical areas, such as healthcare, engineering, health-related degrees including nursing, education, and business. “Of particular note, our graduates in the liberal arts are highly sought after by business and industry for their communication, critical thinking, and problem-solving abilities,” he added.

“WAICU is working together with Wisconsin’s private colleges to support Wisconsin’s economic future. WAICU-member schools add a total of $7.1 billion in economic impact to Wisconsin, create more than 13,400 graduates annually, and support and sustain 62,825 jobs in the state.”

As president of WAICU, Fulcomer is engaging in a robust strategic plan with the 23 WAICU-member institutions, to best meet Wisconsin’s private colleges’ needs through advocating policies, advancing affordability and accessibility, and offering collaborative and shared services to save members time and money that can be redirected to student success.

Fulcomer comes to WAICU from Rockford University, where he served for more than six years as Rockford University’s 18th president. Prior to that he was the Vice President for Enrollment Management. Fulcomer has more than three decades of leadership experience in higher education. He served for nineteen years at Bluffton University, Ohio, in several leadership roles and left Bluffton as its Vice President for Enrollment Management and Student Life.