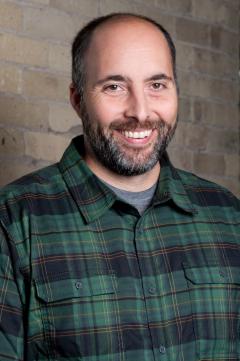 A new media studies major was approved by the Beloit College Academic Senate last December after three years of planning. Courses that have previously spanned multiple departments (Theatre, Dance, & Media Studies; English; journalism; art; and others) are now synthesized into a single media studies curriculum. Dr. Shawn Gillen, professor of English and journalism, led the effort to create the major and enthusiastically claims that it will “foster a [new] creative media environment” at Beloit. Gillen will chair the new department.

The aim of the new major is to enable Beloit students to study the interdisciplinary field of media studies under one academic roof. Dr. Joe Bookman, who was brought onto the faculty during the formation of the department, indicated that within the major, students will be able to specialize in one of two sides of media studies— the first being media production. This can take a number of forms, including filmmaking, broadcasting, etc. The second is media theory, critique, and journalism.Students will be wellversed in both sub-specializations upon completing the major.

Dr. Michelle Bumatay, assistant professor of French, was also key to the formation of the new major. Her interests include teaching of the numerous French scholars important to media theory and bringing a multilingual dimension to the curriculum.

Bookman and Gillen emphasized the academic personalization available within the major. In addition to specializing in either the production or theoretical sides of media studies, Bookman wishes for students to be able to “create on their own terms, actualizing their own visions.” This combination of student-centered skill-honing and inherent breadth to the media studies curriculum makes this new major an exciting addition to Beloit College.