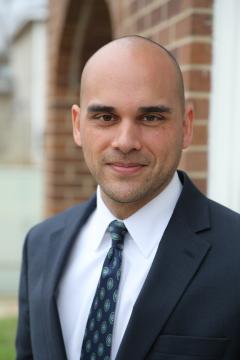 Nashotah House has named Mr. Labin Duke as their executive vice president for institutional advancement, effective February 18, 2019. Mr. Duke comes to Nashotah House from the development department of Baylor University, where he served as the director of donor relations since 2016. Prior to his time at Baylor, Duke enjoyed a highly successful tenure in the development office of Dallas Theological Seminary, from which he also graduated with a Master of Theology.

Commenting on Duke’s appointment, Anderson stated, “It would be hard to imagine a more exceptional addition to our team. Labin brings a track record of success at the highest level, seemingly boundless energy, and, as an Anglican Christian, a deep passion for our mission.”

Occupying a distinctive and strategic niche in the North American ecclesial scene, the historic seminary is reviving its capacity to train Christians for leadership in the Anglican tradition. With a recent increase in enrollment and several high-profile faculty hires, the addition of Duke poises the seminary for its next season of growth.

On his move from Baylor to Nashotah House, Duke comments, “Nobody is doing what Nashotah House is doing. It’s a special place, and I became captivated by its vision and its potential. For me, it’s a calling.”