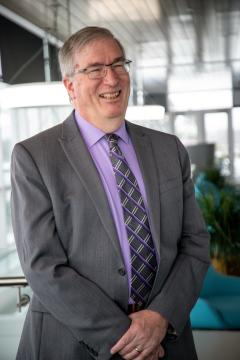 Like Ferry, Cario has a celebrated history with the university. He started at Concordia in 1990 and has served as head of the university’s academic operations since 2007.

During his tenure, Cario has supported faculty and spurred significant academic program growth at Concordia in myriad ways, including: the addition of four professional doctorate programs; Concordia’s early entrance, and now well-known excellence, in online learning; the expansion of the university’s global reach into Europe, Africa, Asia, and South America; vital academic program growth at Concordia’s Ann Arbor, Michigan, campus following a 2013 merger with that institution; and the growth of Concordia’s full-time faculty roster from approximately 140 to 270.

The search for Concordia’s next president is well underway. Ferry announced his retirement plan in September 2020 and since then, a presidential search committee has gone to great lengths to solicit feedback from stakeholders on what attributes are needed for Ferry’s successor. An initial pool of candidates has been submitted, and the review of those candidates is proceeding.

“The decision of who will be Concordia’s next president is a weighty one and one we do not take lightly,” said Richard Laabs, chairman of Concordia’s Board of Regents and head of the search committee. “Under President Ferry’s leadership, Concordia has enjoyed decades of growth and stability. Dr. Cario – along with our deeply experienced administration, talented faculty, and dedicated staff – provides consistent, skillful leadership during this transition and should bring assurance to all supporters that Concordia is in good hands.”